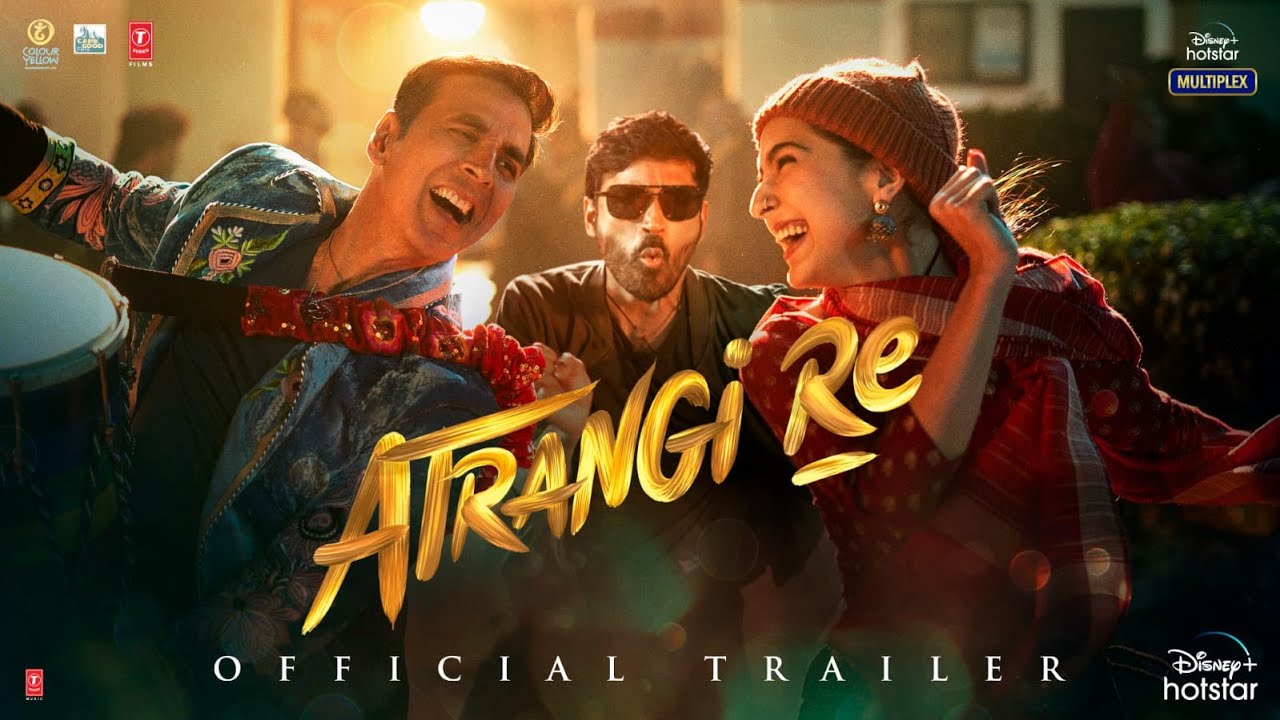 This movie was released in the year 2021, very recently. The total duration of this movie is 2 hours and 18 minutes. The director of this movie is Aanand L. Rai. Sara Ali Khan plays Rinku Suryavanshi, a passionate, rebellious girl from Siwan, Bihar, who likes to run, for and from love, as she whips her neck out of a speeding auto-rickshaw in Delhi’s dirty air. This is precisely the flaw in filmmaker Aanand L. Rai’s latest gamble. The constructed love story nonetheless gasps for air, despite its intriguing premise, vast scope, big-ticket actors, and A.R. Rahman’s emotional compositions. The Times of India gave a rating of 3.5, which is a pretty good rating out of 5. The rating on IMDb is also really good and impressive. They gave this movie a 7 out of 10.

Who are the cast members?

The cast is just so good. We are getting to see Akshay Kumar after a very long time, and he has starred along with Sara Ali Khan. The love triangle between Sajjad, Rinku, and Vishu (Akshay Kumar, Sara Ali Khan, and Dhanush) is spectacular. This trio is actually loved by numerous people. Here are the talented cast members that starred in the movie. 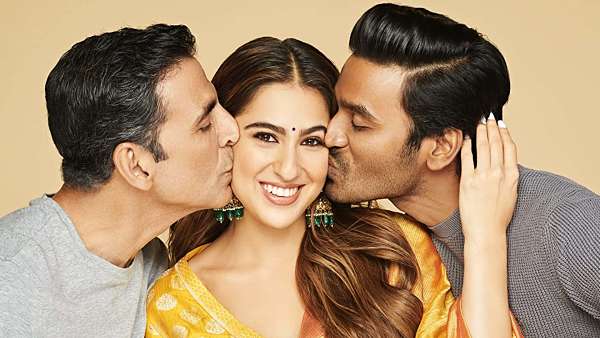 What exactly is the storyline?

The outstanding notion is based on mental illness, yet it aims to delve into the heart’s layers. It discusses how girls struggle to choose between a lover and a spouse. It alludes to how other women seek a spouse that resembles their dad. It is about human frailties and noble love. It encourages people to let go of the past and embrace the present. Rinku might be today’s Sita or yesterday’s Sita, depending on how you look at it. The prejudices that the screenplay maintains about Bihar and South Indians for a little laughter become even more obvious with no apparent underlying rationale in sight. Moreover, its portrayal of psychiatric conditions is, to say the very least, troubling. We recognise that romance still faces many challenges in the countryside. But it is difficult to believe that a powerful family would not strive to learn the identity of the person from whom their child is yearning to flee. We recognise that mental disorder is still difficult to accept, but this has been employed here solely for the sake of advancing a fabricated plot.

What is the Plot of Atrangi Re?

The movie is mostly a love story, with Rinku, Vishu, and Sajjad forming a love triangle. Rinku is a fiery 24-year-old woman from impoverished Bihar who has resided with her close relatives since the death of her parents and has run away from the home numerous times with her partner since she was just fourteen years old. When the family eventually decides to marry her, they have never really been able to figure out who this individual is and are bored with her so-called “shenanigans.” 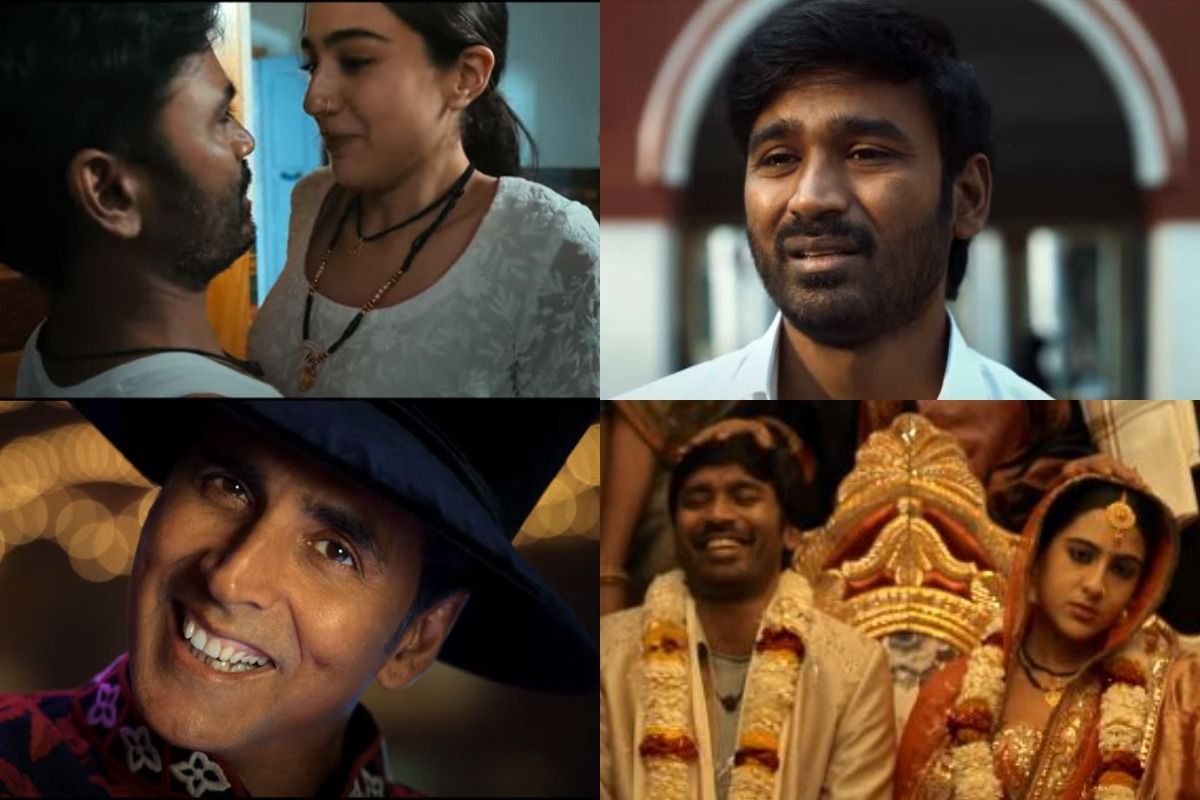 Throughout their travels, Rinku’s uncles come across Vishu and MS and try to pick up MS. Nevertheless, they chose Vishu instead and proceeded with the plan. They can perform the wedding and afterwards put the couple on a train back to Delhi with the assistance of some laughing gas and stimulants. They begin to talk about one another as they leave the ceremony, and Rinku informs him regarding Sajjad, her alleged lover, who will come in and take her off within a few weeks.

When Sajjad arrives, Rinku and Vishu come up with an arrangement to split ways. Meanwhile, Vishu is going to get married in a couple of days but, on the suggestion of a friend who professes to relate to women, decides not to tell his soon-to-be fiancée about his forced marriage. Of course, everything did not even go according to schedule, and truths are divulged, emotions are admitted, old romances resurface, and scientific findings are discovered in the period of 20 minutes.

Sara Ali Khan throws herself into the character of the bubbly heroine with abandon. Vishu, who plays the medical student who would become the cure, is a rip-off of Dhanush’s role in his famous movie called Raanjhanaa. His basic, unadulterated charisma is impossible to handle, and it is his unusual romance with Sara that gives tunes like “Jaise Ret Zara Si” significance. He breathes new life into the romance tale and is the reason you will keep reading even when Rai’s major revelation becomes extremely frustrating. But just maybe he can save this strange perspective on romance.