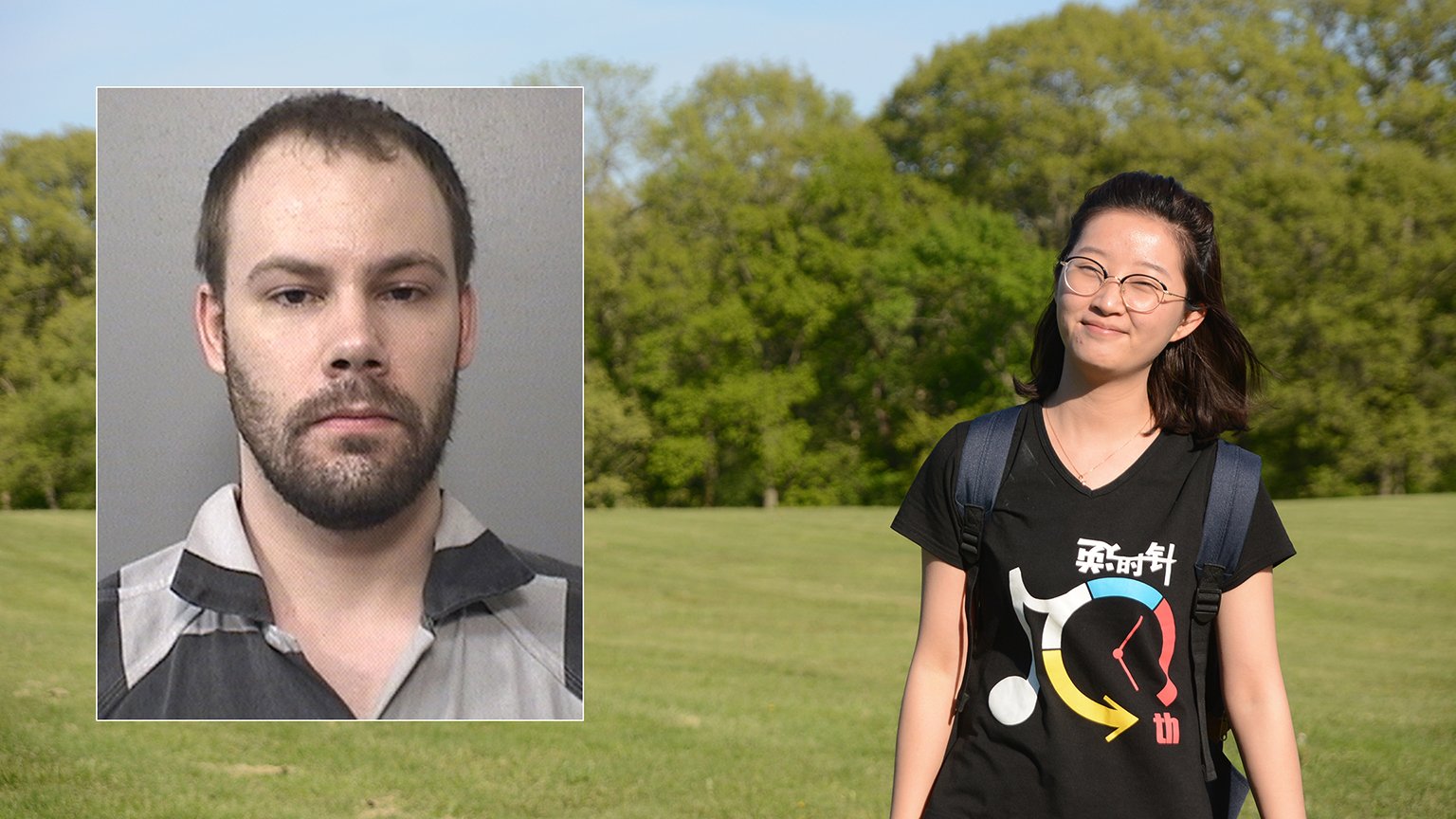 Brendt Christensen has never revealed where Yingying Zhang, the woman he raped and decapitated in Illinois, is now.

The death penalty has been avoided for a former US doctorate student who kidnapped and murdered a 26-year-old Chinese scholar, causing considerable outrage in China.

Brendt Christensen, 30, was convicted last month of kidnapping Zhang Yingying from a bus stop, rapping, choking, and stabbing her, then beating her to death with a bat and decapitating her.

Prosecutors had sought the death penalty, which Zhang’s family also supported, but a jury in Peoria, Illinois, was unable to reach a unanimous decision after eight hours of deliberation. Christensen will be sentenced to a life sentence in prison without the chance of parole.

In China, word of Christensen’s sentencing travelled rapidly and was widely covered. Details of the case were among four of the top trending topics on the Chinese microblog Weibo, with many criticising the jury and the US justice system.

Hou Xiaolin, Zhang’s boyfriend, has stated that he does not agree with the court’s judgement. “The result today seems to tell me that I may kill [anyone]… with all kinds of brutal techniques and I will not die for it,” he told the media after his sentencing on Thursday. People won’t think I’m a dangerous [person] if I act as if I’m a loner. Today’s result encourages people to commit crimes, which [I] will never agree with.”

“In prison, he will be cared for for the rest of his life,” one user commented. Despite the fact that he killed someone on purpose, the jury decided not to put him to death. “What are they thinking?” I wonder. “This is proof that the American judicial system is not fair,” one commentator wrote.

Others imagined how Christensen would have been handled if he had been imprisoned in China, where tens of thousands of people are estimated to be executed each year. “Now I think the death penalty is at the very least a method to console the victim’s family,” another user wrote in a remark that received over 19,000 likes.

Zhang’s situation has upset Chinese families, as many parents send their children to study in the United States. According to the US Department of State’s division of educational and cultural affairs, there were more than 300,000 Chinese students in the country in 2018.

On June 9, 2017, Christensen pretended to be an undercover cop and enticed Zhang into his vehicle. Prosecutors believe he stuffed Zhang inside a duffel bag he purchased online a few days before and hauled her up to his flat. He raped and killed her once inside.

Christensen dropped his head and smiled at his mother when he learned that his life would be spared at the sentencing.

Zhang’s parents, who travelled to the trial from China, pleaded with Christensen to tell what he did with their daughter’s remains so that they could be returned to China. In court files, prosecutors suggested that Christensen may have disposed of Zhang’s body.

“If you have any humanity left in your soul, please end our pain,” her father, Ronggao Zhang, implored through an interpreter. Please allow us to return Yingying zhang to his family.”

Lifeng Ye, Zhang’s mother, gave some of the most moving testimony during the penalty phase. She told jurors how her family had been crushed by the death of her darling daughter, who had aspired to be a professor and provide financial assistance to her working-class family.

“How am I expected to go on living?” says the narrator. she said in a videotaped deposition. “I’m not sure how I’m going to go on.”

Zhang, who was undertaking post-graduate study in agricultural science at the University of Illinois, and her family’s ambitions, according to Ye, were destroyed by Christensen. Yingying zhang was murdered just months before she was to marry.

“I didn’t get to see my daughter in a wedding gown,” Lifeng Ye remarked. “I had a strong desire to be a grandmother.”

Christensen’s parents also testified, pleading with the jury to save their son’s life. They both expressed their undying love for him.

Michael Christensen stated the notion of his son being executed was too much for him to stomach, forcing Brendt Christensen to cry in an unusual outburst of emotion.

His mother, Ellen Williams, told jurors son Christensen committed a “terrible” crime and that she thinks about Zhang’s family “at least five times a day and how horrible this must be for them.” Her son, she continued, was clever, nice, and caring.

Brendt Christensen was born and reared in the Wisconsin town of Stevens Point. In 2013, he began his studies at the famed University of Illinois’s doctoral programme in physics in Champaign.

Despite his academic successes, Christensen had struggled with mental health issues for years, according to the defence, and had sought therapy for homicidal thoughts in the months leading up to the killing of Zhang.

“What followed was a… battle between Brendt and his demons that he gradually lost,” said his lawyer Julie Brain.