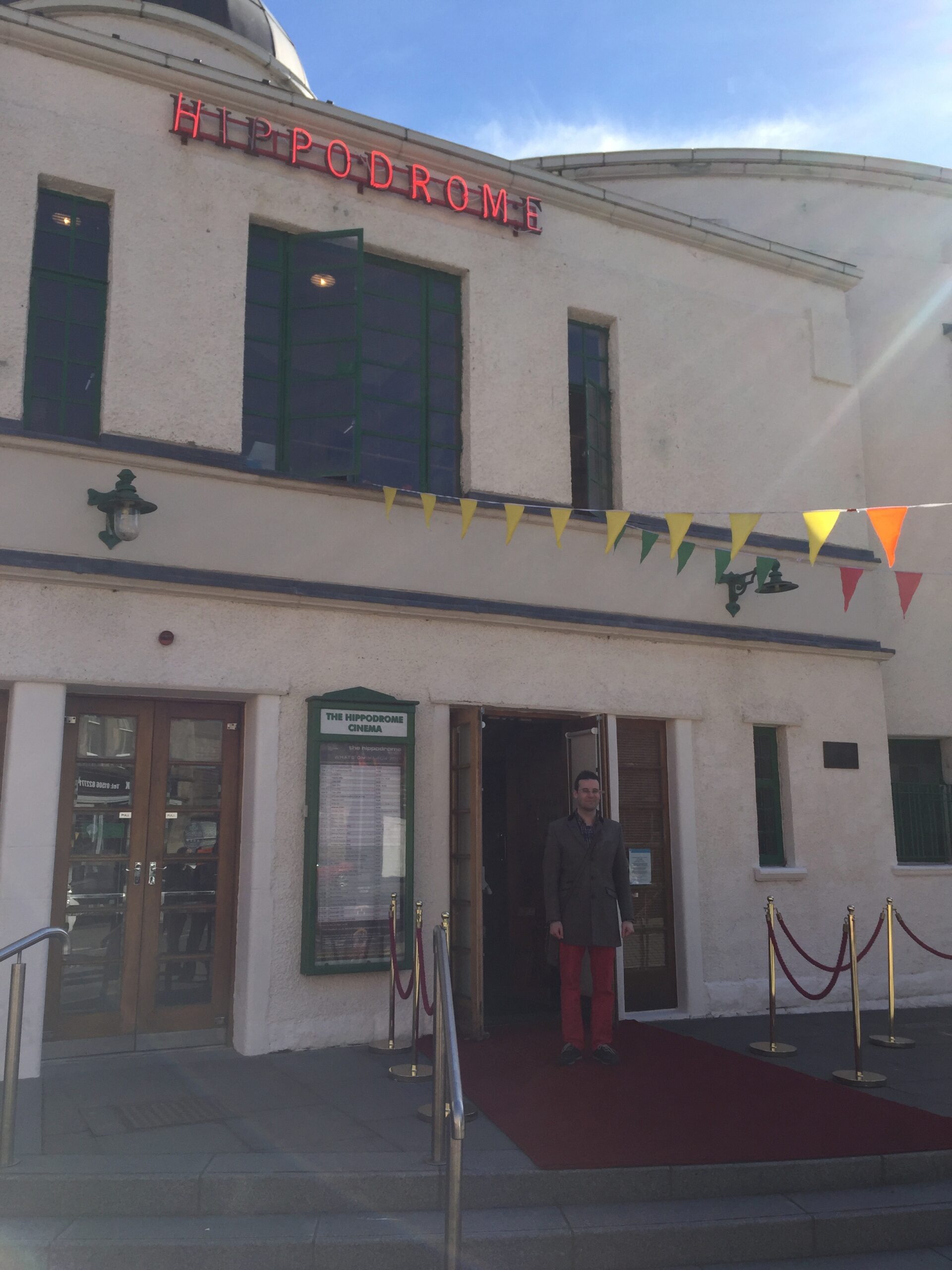 It’s the seventh annual “Hippfest” silent film festival to be held in Bo’ness, a charming Scottish town sitting on the south bank of the Firth of Forth. This year it has run from the 22nd-26th March, and here I am reviewing the Saturday 25th lineup.

Here I am outside its main venue of silent film festival – the Bo’ness Hippodrome: 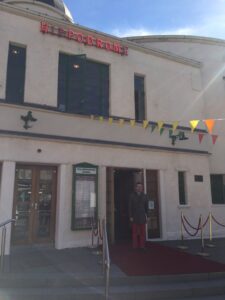 About the Silent Film Festival

The festival is has a diverse cult following, ranging from the elderly looking for nostalgia to some more hip/alternative types wanting something a bit different from the mainstream cinema experience. The “experience” is what it’s all about: the cinema itself was built in 1912 and is the oldest in operation today. Designed by one Matthew Steele, it’s a fascinating piece of architecture inside and out.

The main part of the experience however resolutely takes part within the Hippfest auditorium, as various 35 mm prints of old silent films are accompanied by a variety of musicians.

My first viewing of the day was the early Austro-German version of The Hands Of Orlac (1924) starring Conrad Veidt, accompanied by musicians Gunter Buchwald (piano and violin) and Frank Bockius (percussion). It was preceded by a five minute short called The Thieving Hand (1908) which features a one-armed man who receives a magical replacement arm… with some kleptomaniac tendencies. Its a rather comedic affair with some highly impressive editing effects for the time. 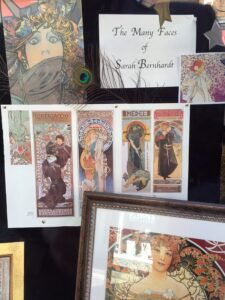 The main feature (lasting 1 hour and 52 minutes) features Veidt as Paul Orlac, a concert pianist who loses his hands in a train accident, and gets new ones grafted on by a brilliant physician. Unfortunately they belonged to a convicted murderer who has just been executed – and when Orlac learns of this he starts to become convinced that they are taking on a life of their own, and retain their former owner’s homicidal tendencies. He can no longer bring himself to touch his loving wife Yvonne (Alexandra Sorina) nor can he bring himself to tinkle the ivories again. As a result, the bills pile up and the bailiffs move in. He is also visited by a someone who claims to be the spirit of the deceased murderer.

The film has some atmospheric Expressionist-style visuals and effective moments of suspense, but is rather slow in going through its plot machinations. It’s not the best silent horror film, but the musical accompaniment by Buchwald and Bockius was superb, with the percussion even taking the place of sound effects at times.

The next film in the line-up was The Goddess aka Shen Nu (1934), a highly-regarded Chinese film featuring Lingyu Ruan (who was a huge star in China at this time) as a mother who works the streets of Shanghai as a prostitute, and uses the money to nurture her young child. However, her troubles mount up when she is exploited by a thug who uses her income to finance his gambling habit. To make matters worse her neighbors find out about her occupation, and make it their business to ensure both her and her son are ostracized.

It has a compelling (though rather sad) story and – unlike many silent films from the era – keeps the acting unusually restrained and naturalistic. The montage scenes featuring the nighttime illuminations of Shanghai’s streets have an enticing but morbid atmosphere about them. The film also has a number of curious true-to-life parallels as Lingyu herself was married to a chronic gambler named Zhang Damin, who spent much of her income from movies. She divorced him in 1933, and the intense tabloid scrutiny placed on her has been identified as a major cause of her suicide in 1935. A tragic end to an immensely talented actress.

The next screening moved to a new location – the Bo’ness railway station – for a quick meal and a double bill of railway-related shorts which were projected outdoors on a wooden wall on the opposite side of the platform. First up was the 16th episode in a serial called The Hazards of Helen (1914), about a railway operative who gets robbed at gunpoint by two crooks. When she finds that she has been relieved of her duties she decides to take an opportunity when the thieves strike again, and prove herself with an extraordinary, stunt-filled act of heroism. While the setup is rather unremarkable the payoff action sequence is well worth the wait, with lots of extremely precarious-looking stunt work revolving around a fast-moving train.

The second in this double bill was Teddy at the Throttle (1917), a Mack Sennett – Keystone comedy about a scheme hatched by a moustachio boo-hiss villain named Henry Black (Wallace Beery) involving him attempting to get his hands on some inheritance money. It ends with one of those classic “tie the heroine to the railway” finales, and the hilarious sight of Teddy (a performing dog, who actually became the most popular of Keystone’s stars) running to the rescue. A little overcomplicated in setup, but a lot of fun.

The final film of the day was By The Law aka Po Zakonu (1926), a Soviet-Russian film directed by Lev Kuleshov which is set in the Yukon during the Gold Rush (although it was actually shot at around the Moscow river). It was accompanied by R.M. Hubbert on guitar, who helped to lend a hypnotically lyrical feel to the film’s imagery. The story follows a group of gold prospectors. One of them named Michael Dennin is treated like a doormat by the others – and when he becomes the one who has success while panning for those elusive nuggets, he starts to become resentful of the way they behave towards them. He snaps and fires upon the others while they are eating dinner, killing one and wounding another. The remaining two – husband Hans (Sergey Komarov) and wife Edith (Aleksandra Khokhlova) manage to overcome him. While Hans is extremely angry and wants to kill Dennin, Edith insists that it is done “by the law” with a fair trial. They decide to wait for the police to arrive at their remote location, but soon find themselves beset by the elements.

It’s these “elements” that are very much the visual stars of the film, as the cast are battered by almost-horizontal splashing of rain, slip around in mud or are intercut with a kettle blowing off steam as Dennin goes on his shooting spree. The landscapes are grimly all-encompassing, the feel is believably gritty and the violence rather shocking for the time period. The use of editing and imagery is startling, enabling the story to tell itself in a very visual manner. Since cinema is more about showing than telling, it’s a sure sign of consummate filmmaking when we see this done in this way. My favorite film of the festival.

It is unfortunate that I had to forgo the “Speakeasy” dance and drinks event after the films so as to get a train back to Edinburgh, but nonetheless the day proved to be a highly unusual cinematic experience. One to recommend for next year to any reader with an interest in the early years of the big screen.