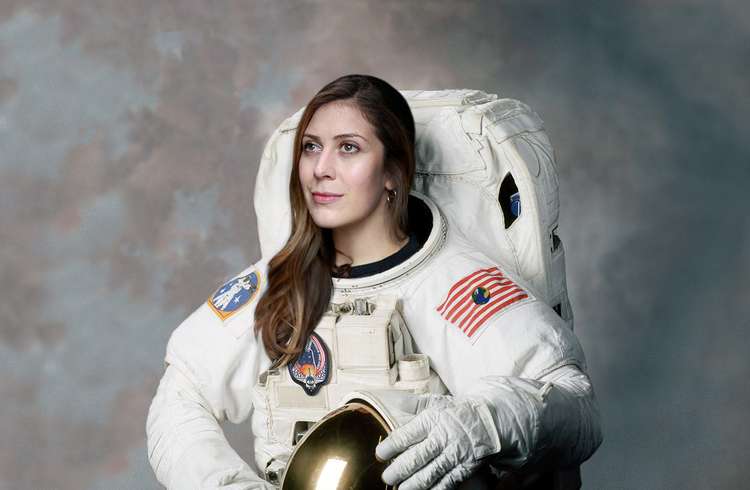 Comedian Freya Slipper’s stand-up/character show tells the story of Linda Underbelly, a common-or-garden librarian and community figure who, against all of the odds, gets picked for the first manned space flight to Mars. Freya plays a number of characters connected with our central figure via a series of comic sketches, some of which involve audience participation

This one’s very hit and miss. Some of the sketches, especially those involving her bringing in a few audience members, are a lot of fun. The best two here involve a flirtatious, knee-touching librarian and an utterly clueless substitute brownie leader, both of whom come across as being hilariously inappropriate for their given professions. Sometimes, however, Freya displays a tendency towards heavily over-egged caricatures, where she simply puts on various accents and performs repetitive actions (such as nodding her head up and down when speaking) in lieu of particularly great comedic material. Examples of these include a panicky Spanish lady who is supposed to be substituting Linda’s Zumba class and a doddering old curmudgeon of a (presumably Tory) MP who decides to snub her space mission during a TV interview.

Nonetheless, when Freya’s at her best, she shines brightly enough to make the weak spots forgivable. When she’s at her worst, she’s at least personable. There’s also a nice overall message here about appreciating the otherwise ordinary people who do so much to improve our lives and ask so little in return.

Oh… and if you do go and see her show, don’t forget to hashtag #GetLindaToMars on Twitter.