Evan Rachel Wood Doesn’t Hold Back On Hollywood, Marilyn Manson, Or Herself On ‘Phoenix Rising’ 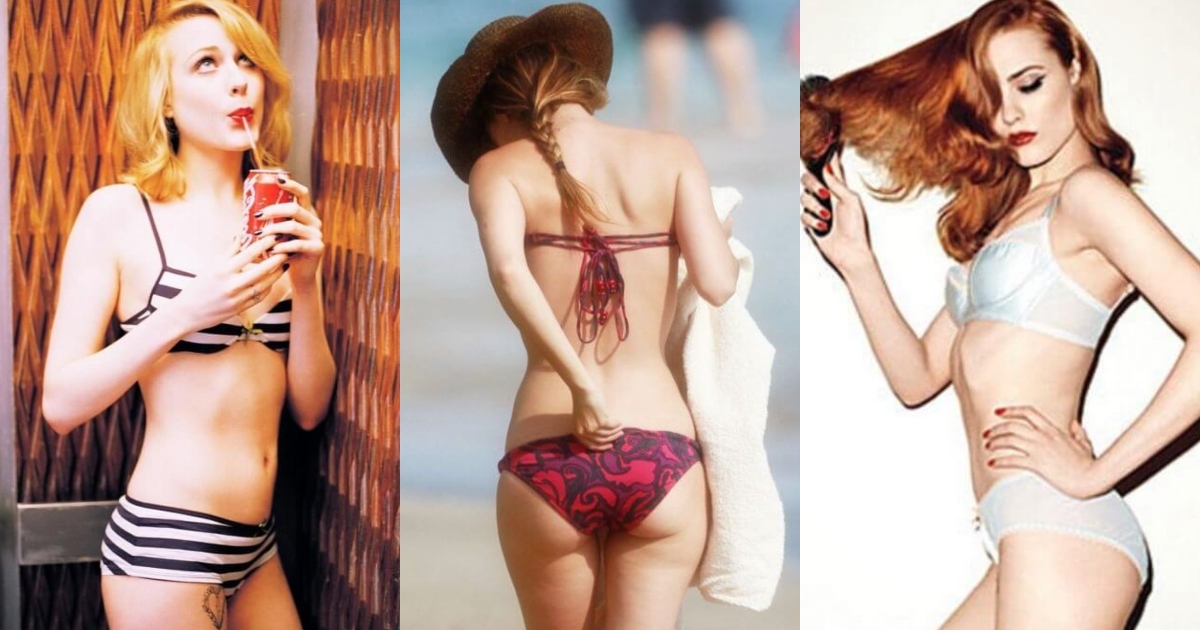 Evan Rachel Wood knows how the media works because she has spent the most of her life in the spotlight, both onscreen as an actor and offscreen as a Hollywood cautionary tale. She recognizes the dangers of manipulating it, as well as how the results might spiral out of control. As a result, for “Phoenix Rising,” the new documentary about Wood’s life that serves as a sharp correction to how she’s seen her life unfold in front of the public, as well as a record of how she understands it now, Wood made the purposeful decision to seize control of her own story. “Phoenix Rising” is a startlingly vulnerable account of Wood’s life as a child actor, a confused kid processing trauma, and a young woman forced to mature far before she was ready, even before the documentary delves into Wood’s accounts of suffering horrifying abuse at the hands of Marilyn Manson, the provocative rock star she dated as a teenager. Wood and “Phoenix Rising” don’t hold back when it comes to delving into the Manson charges.

“Phoenix Rising,” directed by Amy Berg, will air on HBO in two parts later this year. The first, which premiered at the Sundance Film Festival on Sunday, begins with Wood and her family discussing her upbringing, her journey to becoming Hollywood’s go-to “troubled teen” performer, and how she was poised to fall prey to someone like Manson’s tempting web. This episode then alternates between Wood’s memories of her past as a terrified adolescent with Manson and her present as a woman searching through her own and others’ eerily similar experiences for clues. It also deals with Manson’s bombastic persona, “ironic” fascination in Nazi memorabilia, and his own troubled childhood, all from Wood’s point of view.

“Phoenix Rising” began filming in 2019 as Wood and other domestic violence survivors rallied to change the statute of limitations on cases like theirs in California and beyond. Wood exorcises horrific stories with a palpable blend of relief, terror, and determination in interviews with filmmaker Berg in 2020, a year before she would officially name Manson as her claimed abuser.

She gets tearful at times, such as when going over diary entries and images from the year she met Manson at the age of 18, a fact that surprises her every time she sees tangible evidence of how young she was. The video also features strange animated renderings of Wood as a child, which alternate between effective and annoying depending on the setting and purpose, as if to emphasize that aspect (not to mention the “Alice in Wonderland” link she subsequently made with Manson).

Wood exhibits an exceptional devotion to and talent for examining her experience as part of an insidious whole as a documentary subject and witness to her own life. When she was a child, she recalls her father telling her that he and her mother “fought because we love each other — that’s what people in love do,” with the sombre solemnity of someone who then internalized the statement in all the worst ways. She’s well aware that her rise in Hollywood was fueled by her ability to portray a hardened Lolita sort of character, as evidenced by performances in films like “Thirteen.”

These revelations are accompanied by snippets from her résumé prior to meeting Manson, including her roles in “Thirteen,” “Running With Scissors,” and “Down in the Valley” as the type of preternaturally mature girl whom adult males might exploit. By the time the documentary gets to her filming Manson’s iconic “Heart-Shaped Glasses” music video at the age of 19, the ubiquitous image of Wood as the type of precocious Madonna figure she goes on to play for him has already been well recorded.

In this context, it’s awfully easy to imagine the circumstances in which, as Wood claims in “Phoenix Rising,” she was fed absinthe through the “Heart-Shaped Glasses” to the point where she was barely conscious enough to object when Manson had sex with her on camera (which she has since come to understand was “essentially being raped on camera”).

If this sounds like a lot to cover in just over an hour, you’re right. Some sections are more cohesive than others; for example, the chapters focusing on Wood’s role in the passage of the Phoenix Act in California receive less attention than they might have had if the documentary had more time to cover everything in more depth. However, the objective that drives Wood, her family, and allies remains constant.

“This isn’t about destroying a man,” Wood explains at one point, expecting the resulting rage. That’s not to imply she’s holding back because she thinks he’s deserving of any mercy. She goes on to remark, “He’s already destroyed.” “That man is no longer a man; he has passed away.”

Wood is on the verge of publicly naming Manson as her abuser for the first time in the episode, which she did with several others in February 2021. Despite the fact that Manson was the subject of investigations and was dropped by his agents and record company, he has since resurfaced to hang out with Kanye West and Madonna, most recently last week.

The story is still unfolding, and it may always be, no matter how much the second part of “Phoenix Rising” reveals. In the meanwhile, having women like Wood open themselves up to criticism and struggle with how they lost their voices in the first place remains a depressing, essential requirement.